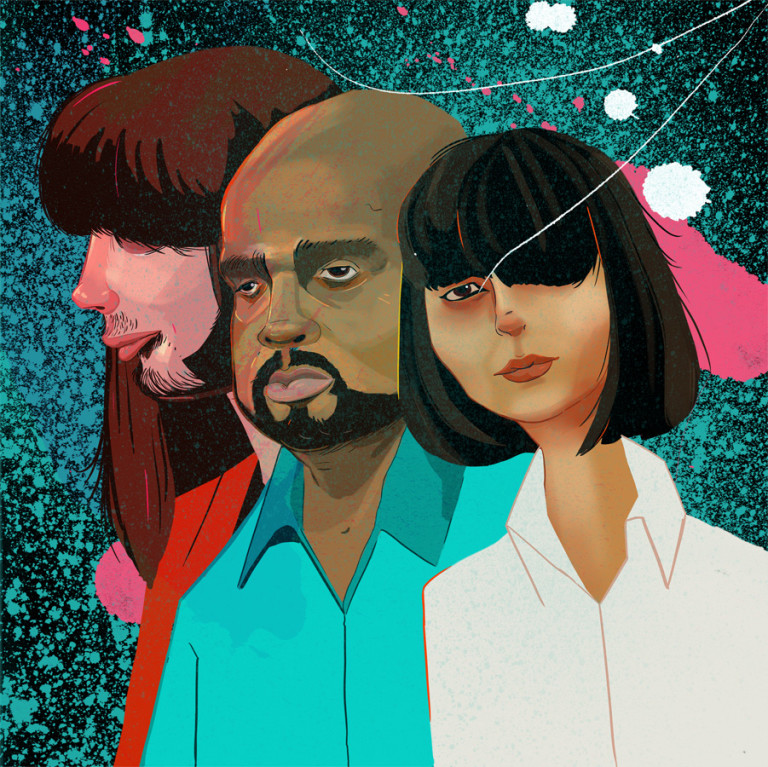 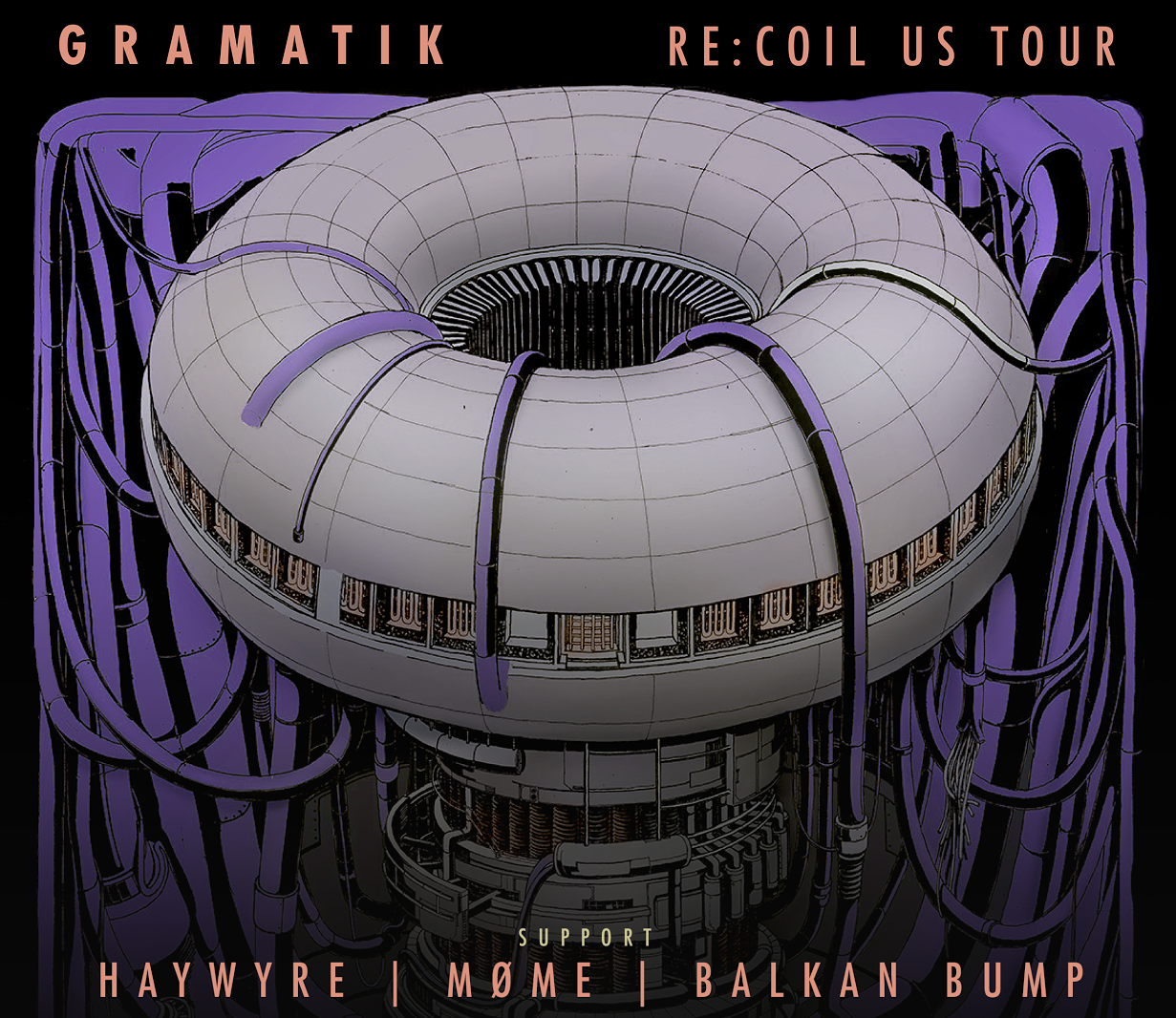 One of the most influential beat makers of our generation is making his way back to the Bay this week. His Beatz & Pieces Vol. 2 album straight up changed the game. That kind of soul, funk, and energy was in a realm of its own then and even still today. It’s a go-to album of mine whenever I’m traveling, because anyone, no matter where you’re from, what you do, or what you like, you can vibe with it. It just feels right, man.

He’s been criticized by some of his fans for veering too far away from what he started, but I honestly can’t blame him for wanting to explore the possibilities out there. Who wants to be pigeon holed? I sure as hell don’t. And hey, it brought him to his new RE:COIL EP, which is also the name of the tour. The “old” Gramatik is still very much there, it’s just evolved, and we’re going to see it live on Thursday! Check out the EP below. 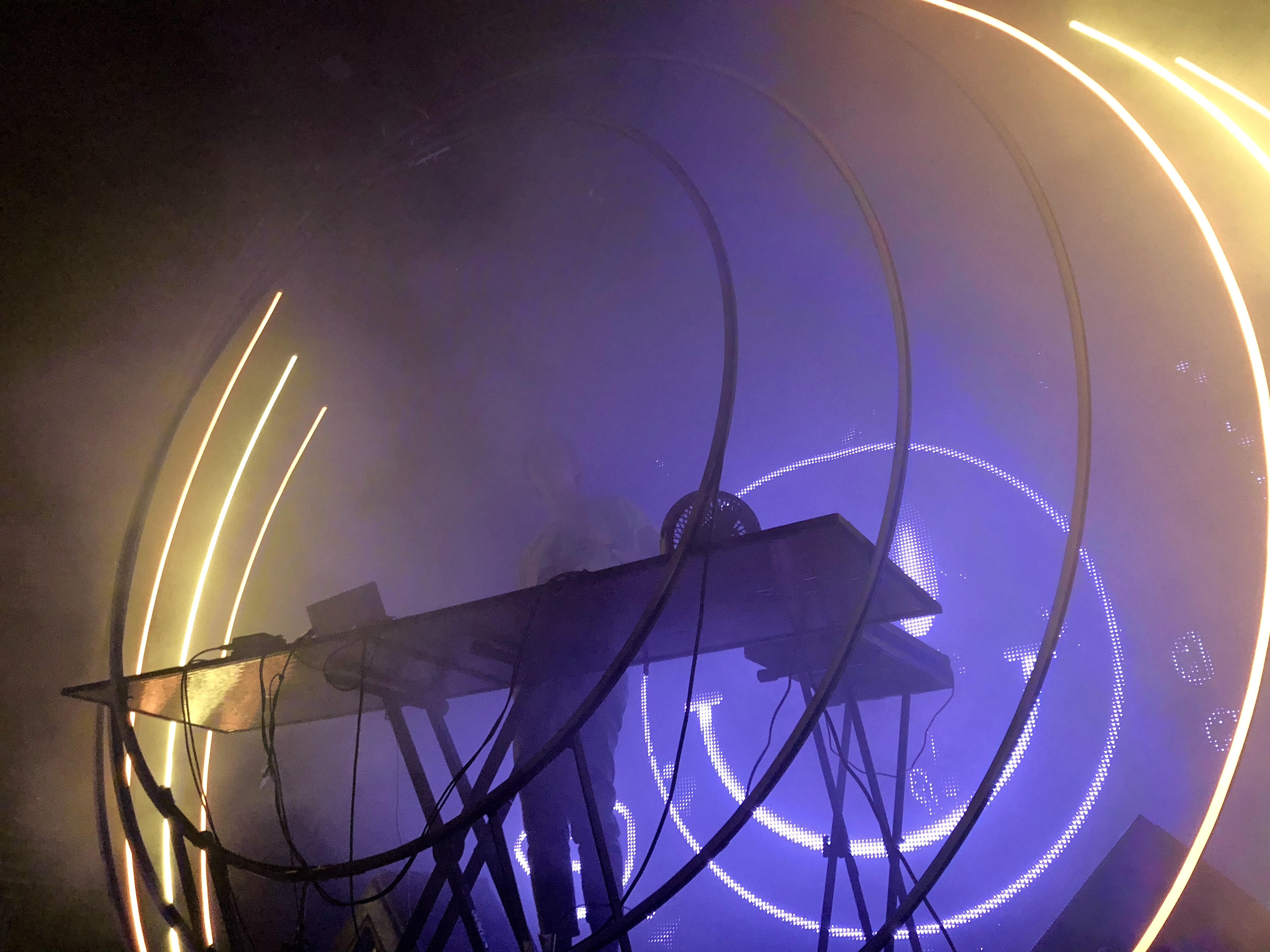 The Bay Area has seen their fair share of artists rise to the ranks of international acclaim. Few have seemed so effortless in their approach and style as Giraffage. He’s unmistakably himself. He always has been. And he just continues to get better. The recent run of the Tour Real tour confirms what genius he can put together when his vision is able to flourish.

The first time I saw Giraffage was at SXSW in 2013. I had never seen him, nor had I even listened to his music; I was awe-struck. It was the first time I had seen electronic music fused with the vibes of hip-hop and 90s R&B in such a way. One of the many aspects of Giraffage that makes his sets unique is that he always incorporated live aspects using various controllers and drum pads. He used to defend himself for being accused of simply being a DJ, when there’s much more to his talent than that. I could see how they could be confused as DJ sets, because of how smoothly he was able to mix all of his songs and live remixes together. That’s just a perfect example of an artist dialed into his craft.

The ‘Too Real’ Tour happened to be the pinnacle of his prior years of playing shows around the world and the release of his third album of the same title. From some controllers and a laptop, to the aforementioned and an LED wall, to the aforementioned and a giant light portal! His visuals are best described for me as kooky; and I mean that in the best way possible. They’re all over the place: Kittens. Puppies. Chains. Fires. Bubbles. Naked unisex people. They’re always entertaining. They’re always unmistakably Giraffage, and that’s why we love him so much. 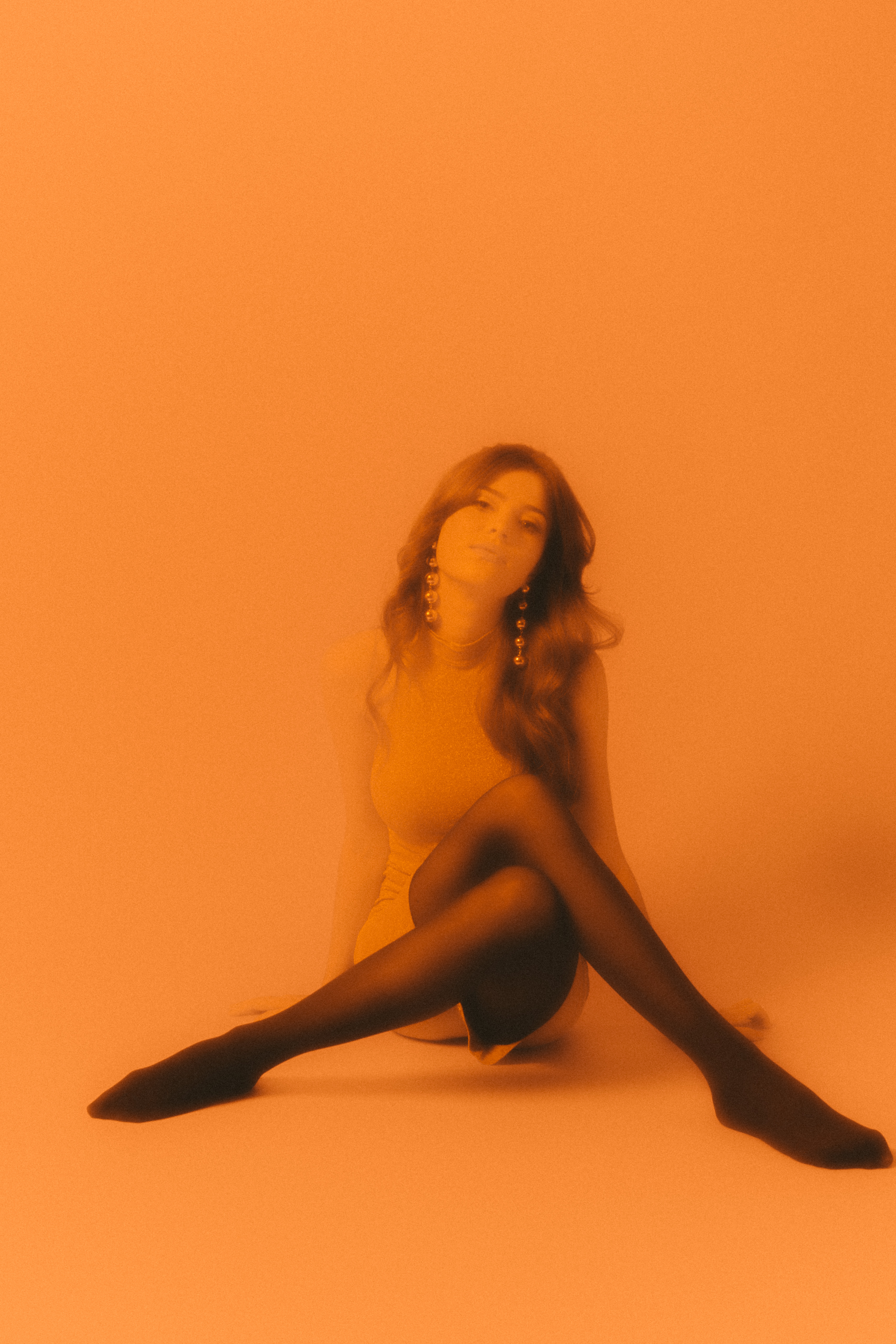 Cue the fog machines, light up the mirror ball, and slide into the funky, vaporwave world of Honeycraft. In that order! Catherine Rose has been dreaming up a new world behind the scenes, and she’s finally welcoming us in with the debut of Shelter. At the hand of producer Thom Monahan, she ties a comparison to the warm, cosmic synths of AIR and the retro, pop-doused vocals of ABBA. A fair, accurate comparison, I’ll add.

The song’s intro sprinkles you into a bassline that immediately catches flow within a warm ocean of “oohs” and “woohs.” Rose said those vocals were used off the original demo that she recorded raw into her Macbook in order keep that vintage feel.

Shelter is the first of many for Honeycraft. We’re very much looking forward to being whisked away into the soft hue of her new world. Check the song after the jump and be sure to return her warm welcome with a welcome of your own on her socials channels below! 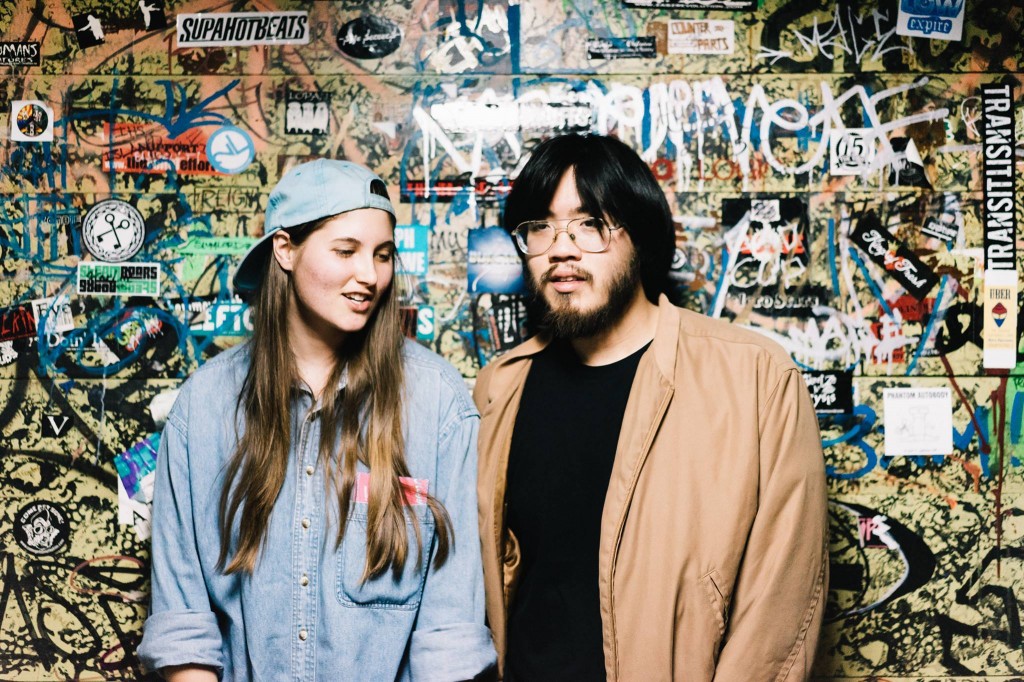 I still remember nearly four years ago when my friends were passing around Sales’ sophomore single “Chinese New Year.” Every time I put it on, it invigorates the feeling of a top down drive along PCH. It rekindles the soft smell of an ocean breeze and the warm sunny rays of a southern California summer gently resting on our backs. Seeing as how they’re from Orlando, ocean breezes and warm sunny rays are something they’re very accustomed to, and it oozes through their music.

Luckily for Bay Area, our friends at Noise Pop are bringing Sales and their warm sunny vibes to Oakland at the Starline Social Club next Tuesday December 5th! I’ve been waiting for an opportunity to sway with these guys and watch them in their element for too long. Be sure to snag your tickets quick. Come get some sun with us. 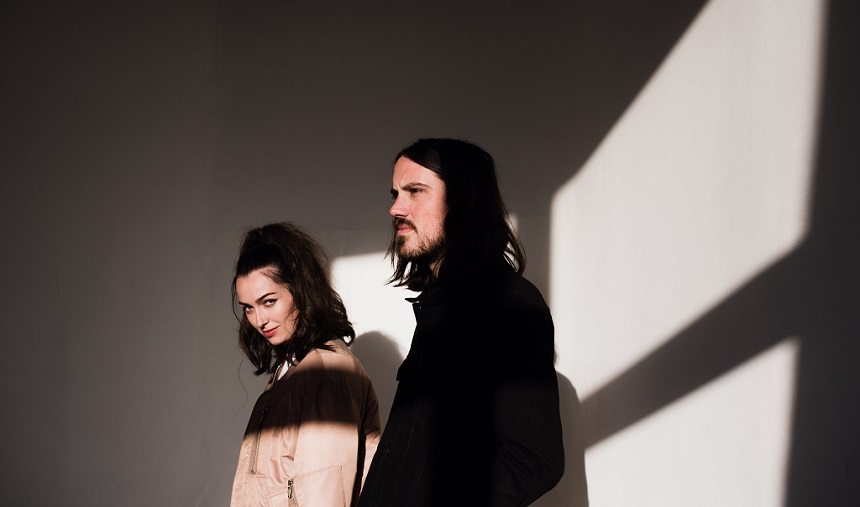 This week in band names that aren’t strategically crafted for SEO purposes: CULTS! Nobody in music nowadays sets a nostalgic tone quite like they do. In a music world where everyone is forward thinking, CULTS harness a retro sound that would be a perfect fit for a late 80s high school movie. With Madeline Follin’s bubbly stage presence leading the charge and Brian Oblivion’s gothic atmosphere in control of backing vocals and instrumentals, you get the unique dynamic that will have you craving for more

It has been years since I’ve gotten to be fortunate enough to see these two come together to perform. What better time than directly off the release of their new album Offering that came out on October 6th? Crazy how it’s been 4 years since Static and 6 YEARS since their Self-Titled that made me fall in love with them. There is no sign of them slowing down whatsoever, and for that, I’m thankful.

Though tickets are sold out online, where there’s a will there’s a way. Peruse the Facebook event and feel the good luck within you. Do not miss this show! 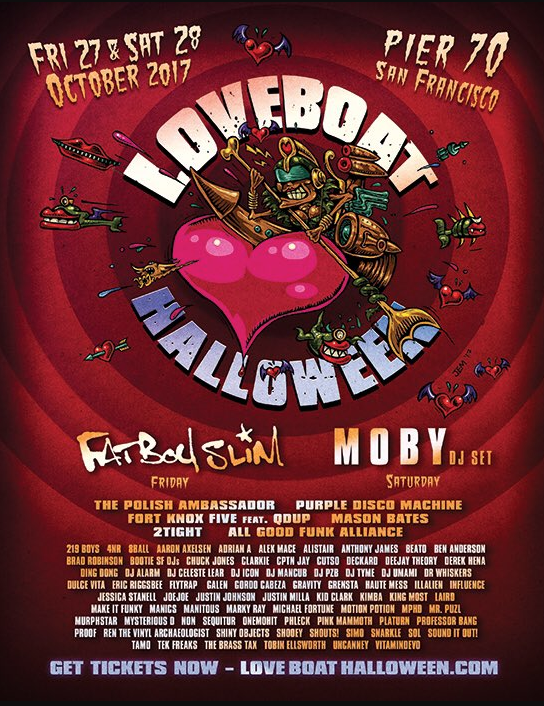 Among the plethora of Halloween events in the Bay this year, you would be hard-pressed to find one more storied, coveted, and simply traditional as LoveBoat. You may be wondering, “LoveBoat? 10 year anniversary in the Bay? I was born and raised here and never heard of it!” Well first of all, relax. Second of all, you may remember it as Ghost Ship. Due to the tragic Oakland fire that shook the whole Bay Area community, they decided to shift away from the name. Their words:

LoveBoat Halloween will honor the Oakland warehouse fire victims and families by doing what we have always done: building art and spreading love. Hopefully a little love will help.

LoveBoat will do just that this year in a warehouse where the most creative stage builders and imaginative artists come together to celebrate the creepy, weird, and exciting vibes of Halloween in San Francisco. Check out the set times and a fun mix from the man himself below. 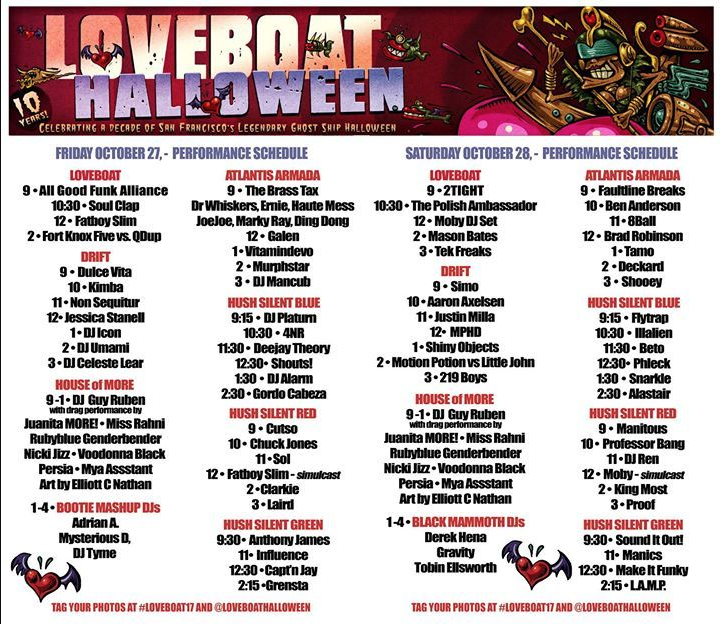