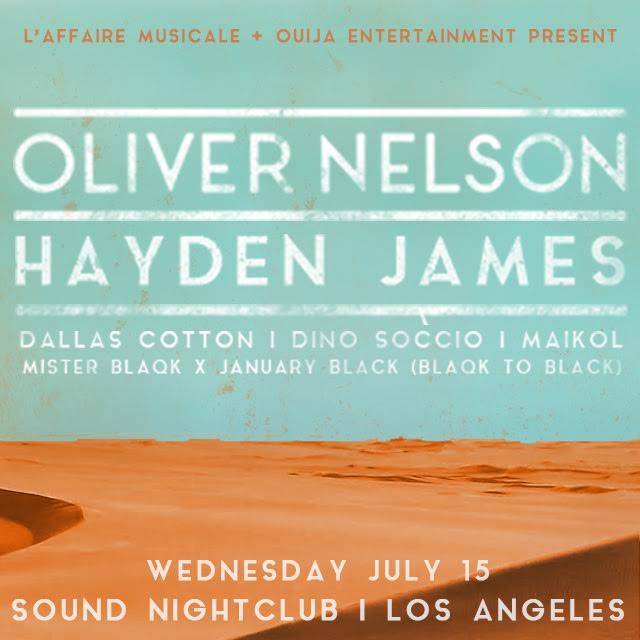 Ouija Entertainment and L’Affaire Musicale return on 7|15 with quite the emotion laden lineup. Oliver Nelson, Hayden James, and Dallas Cotton cover the feelings spectrum in their particular realms of nu-disco, future house, and beats, respectively. That’s not to say they’re limited only to those styles of music, however. Judging from the several times we’ve seen Hayden James, we can tell you that he knows how to work a crowd. Oliver and Dallas both have melodic ranges in their Soundcloud buckets too so expect fire tracks while they’re on deck. That said, this lineup is definitely the most eclectic we’ve seen from this team up.

The sounds of Dino Soccio, Mister Blaqk, January Black, and L’Affaire’s own Maikol only add to the broad range of sounds we’ve come to expect from a Ouija and L’Affaire party. As always, drinks are on the house from 9-10, so come early and listen to the homies start us off in high spirits for what promises to be a good midsummer’s night.