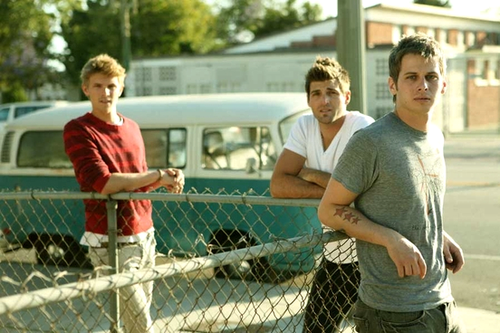 The CoachellAltDelight series will put focus on the low key Coachella
artists that we at C+A+D feel like you should know about.
Less than a week til we’re all together!

Los Angeles’ own Foster the People is a three piece rock band that formed in October of 2009. Since then they’ve released a self-titled three song EP that has received a lot of praise, especially overseas. The first time I heard them was when I saw their video for “Pumped Up Kicks.” The video is filled with good vibes and beach bum lifestyle that they try and send through your headphones. The EP runs way too short, in my opinion, and yet it doesn’t keep me from shuffling through it for days at a time. I can hardly manage to sit still through their psychedelically groovy sound while I’m writing this. Their set time is yet to be released, but they’re going to be sharing the stage with the likes of Ratatat, The Strokes, Ellie Goulding, MEN, Phantogram, and others on Sunday. I’m excited to see these guys blow up, because a lot of good things are in store for them.